When there’s a slight northerly breeze blowing, the sea between Rottingdean and Brighton Marina is generally flat, so with the sun shining Mick, Jeff and Ant arranged to meet up with a couple of other friends for a socially distanced paddle.

Whilst in the water the breeze picked up slightly and moved to a north Easterly not affecting the surface too much but the currents started to change. The paddle westward was simple enough, though there was a spaced out groundswell running which bounced back off the sea defences and meant you had to have your wits about to avoid falling in.

Half way through the session we grouped together and Mick had a waterproof rucksack under the bungey ropes on the front of the board. It was a pleasnt surprise as he opened it and said “who fancies a beer and a chocolate bar”? We all smiled, passed around the bottle opener (wearing gloves) from board to board and raised a bottle… cheers’in each other.

The paddle back was a little more challenging. Where the currents had changed we were paddling into the breeze and the drift was against us. It took twice as long or more to get back and the paddling was relentless.

Another successful trip in the sea and a great learning opportunity. Stamina and fitness to go against the current (if needed) is going to be important.

Looking forward to the next one 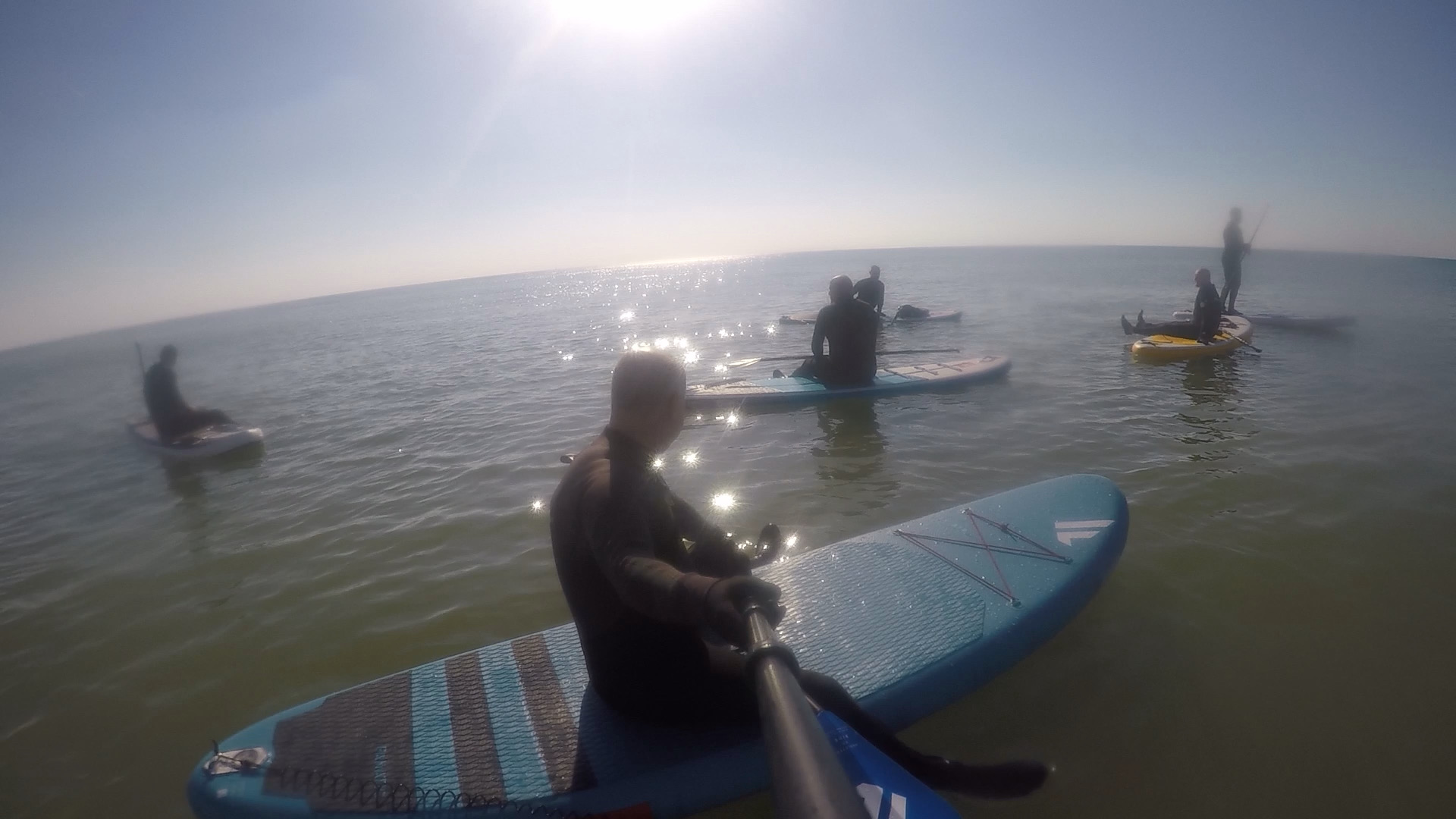 Here's some pics from the 3rd practice session

Responsive site designed and developed by